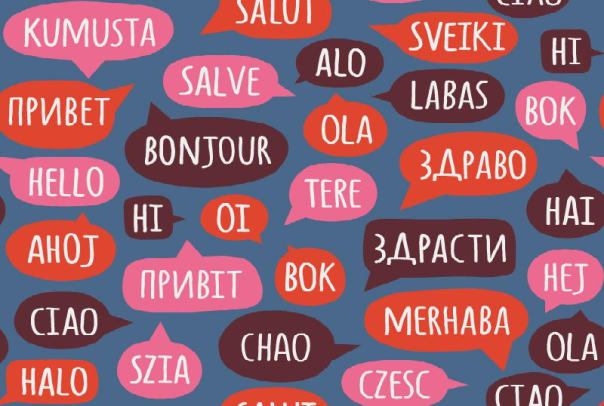 In 2011, 17% of Australians, 21% of Americans and 53% of Europeans spoke two languages fluently. Being bilingual not only opened them up to new cultures, and earned them more money, but also, according to several recent studies, protected them from the effects of Alzheimer’s disease later in life. Here are 9 great reasons why you should learn a new language.

As Maria Konnikova writes in the New York Times: “[A bilingual child]… develops enhanced executive control, or the ability to effectively manage what are called higher cognitive processes such as problem-solving, memory, and thought. [A bilingual child] becomes better able to inhibit some responses, promote others, and generally emerges with a more flexible and agile mind. It’s a phenomenon that researchers call the bilingual advantage.”

2. Bilinguals are better able to attend to important information and ignore the less important.

Cognitive neuroscientist Ellen Bialystok has spent her career studying how bilingualism sharpens the mind. She said in an interview with the New York Times in 2011: “We asked all the children if a certain illogical sentence was grammatically correct: “Apples grow on noses.” The monolingual children couldn’t answer. They’d say, “That’s silly” and they’d stall. But the bilingual children would say, in their own words, “It’s silly, but it’s grammatically correct.” The bilinguals, we found, manifested a cognitive system with the ability to attend to important information and ignore the less important.”

3. Bilinguals are better at multitasking.

Bilingual people are not only accustomed to switching rapidly between two languages, but they’re also thought to process the semantics of each language simultaneously at a subconscious level when they’re communicating using just one language. Sustained practice at processing two tasks simultaneously when they speak primes bilingual people to be slightly better at multi-tasking simply because they practice it on a daily basis.

4. Bilinguals are somewhat protected from the effects of dementia.

A 2006 paper by Bialystok et al. showed that bilingual dementia patients showed an onset of symptoms 4.3 years later than their monolingual counterparts. The disparity is thought to be explained by the increased cognitive load demanded by comprehending and speaking in two languages. The brains of bilingual patients with Alzheimer’s disease function cognitively at the same level of monolingual patients who have suffered less brain degeneration.

Language is inextricably linked with culture, and learning a language involves a developing a heightened awareness of the culture that speaks that language. Bilingual speakers can understand jokes and sayings in two languages as well as any mistranslations between the two that might not make sense to a speaker of either language. Being bilingual often leads to being bicultural.

Generally, employers see being bilingual as a valuable skill. Bilingual people more than their monolingual counterparts in many parts of the world. In Florida, bilingual workers earn $7000 per year more than their monolingual counterparts. In many American states, bilingual teachers receive a $5000 annual bonus. It’s also no coincidence that Luxembourg, with 99% of its population bilingual, has one of the highest per capita incomes in the world.

I know from experience that if you only speak English in China, life can be confusing and expensive (unless, of course, you’re lucky enough to have bilingual people on hand to help you out). Travellers who don’t speak Chinese can only visit high-end hotels and restaurants, and they need an expensive bilingual travel agent to book tours. When I was in Beijing in 2011, Great Wall tours were five times more expensive if you booked via an English-speaking agent instead of directly with the Chinese tour operator. Long-distance bus tickets were double the price for those who couldn’t haggle in Chinese, and China’s leading plane-ticket website is about 20% cheaper if you purchase via the Chinese-language version of the site instead of using the translated English version. Finally, of course, being fluent in Chinese earns you much more respect from the locals when you visit China.

We can’t choose our first language. However, we can choose our second, third and fourth languages. I studied English, French, German and Welsh in school but still chose to learn Mandarin Chinese after graduation from high school. Chinese attracted me because it trains parts of the brain that English doesn’t: it’s visual, logical and of increasing importance culturally and economically worldwide. For me, Chinese was the key to a fascinating culture very different from my own.

9. It takes only 600 hours of dedicated study to learn many new languages!

The Foreign Service Institute (FSI) of the US Department of State has compiled approximate learning expectations for a number of languages based on the length of time it takes to achieve “proficiency” in each language. The good news is that some (French, Italian, German and more) can be learned in only 600 hours of dedicated study.

How many languages do you speak? What’s your next language?

Which language will you choose to learn next? Can you think of any downsides to being bilingual? Put your ideas in the comments section below.

Quick review today. I spent a long time making a table of organic compounds and their smells (view it here).

This book, Genetic Modification in Food, it’s one of the few books that succeeds in conveying a controversial scientific issue to the public while maintaining balance and accuracy. It’s suitable for readers who know nothing about science at all. It appeals to people who are concerned (with good reason) after reading/hearing/seeing reports about GM crops in the news. The concerned British public, for whom this book was intended, has an unusually high resistance to GM foods—so this book, which is free from ‘pro-green’ or ‘pro-science’ extremism, is a welcome addition to the pop-sci literature mix. ★★★★★