Part one is a geological history of the Australian continent. In short, Australia was a unique, vast, climatically stable continent. Australia had no ice ages, little climate change and no human influence, so its plants and animals evolved to be enormous and easy to catch, such as the moa (see picture below). Author Tim Flannery says that Australia’s impressive diversity of animal and plant species can be explained almost entirely by (a) millions of years of climatic stability; and (b) lack of humans.

Parts two and three talk about the Aboriginals and Europeans who arrived 40,000 and 300 years ago, respectively. These two parts are faster-paced and are by far the most interesting to read.

In terms of tone, The Future Eaters is hit-and-miss. Towards ancient Aboriginals, it’s sometimes flattering and sometimes accuses them of ecological recklessness. In some places, it’s wordy and long-winded, while in others, it’s extremely interesting and concise. I’ve summarised the three most interesting parts below.

1. Aboriginals loved fire. They burned forests to such an extent that early European explorers described Australia as the “land of fire”. Women and children started most of the fires. However, the medium-sized Aboriginal fires prevented the massive fires that would have occurred periodically anyway, and researchers predict that the result was no net increase in the annual acreage burned!

2. Australia’s animals have become smaller in the last 40,000 years. Aboriginals hunted the largest animals for food, and put an evolutionary pressure that selected for smaller, faster, and more nimble offspring. Kangaroos, koalas, lizards… everything except the wombat has shrunk considerably in size in the last 40,000 years. Even the Aboriginals themselves have shrunk by 9% since they arrived!

3. Terra nullius was a law that gave all “unused” land to the British. Because the first British settlers couldn’t recognise any “use” of the land (i.e. agriculture), they stole Aboriginal land claiming terra nullius as a justification. (The Aboriginals were of course using the land, but not for agriculture—as it was not required.) This law was only repealed in 1993 in Australia.

Author Tim Flannery is clearly a fan of Jared Diamond—he mentions him four times in this book.

I hope that Tim Flannery realises The Future Eaters is almost as information-rich as Collapse by Jared Diamond, which I reviewed two days ago. (Despite the title, I also found The Future Eaters less pessimistic than Collapse, which, taken together, earns these books the same 4 star rating.)

This book was extremely wordy in places but that didn’t stop me from enjoying it. I recommend this book for anyone with an interest in natural history, anthropology and Australia—or anyone in Australia who likes Jared Diamond. Keep reading The Future Eaters even when it seems slow. It’s worth it! ★★★★ 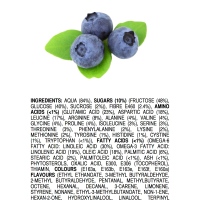